Each weekday morning, 49ers.com reviews the most newsworthy and engaging content from around the web involving the 49ers and the NFL. We seek it out, so you don't have to.

Feedback in the comment section is HIGHLY encouraged. Enjoy.

A: A four-round mock draft.

NFL Media's Bucky Brooks took the 32-pick excercise to the next level with a four-round offering for every NFL team. It's significant for the San Francisco 49ers because the team has seven draft picks in the first four rounds of the draft.

While many media analysts have the 49ers selecting a 49ers wide receiver, Brooks has the 49ers taking TCU cornerback Jason Verrett with the No. 30 overall selection. 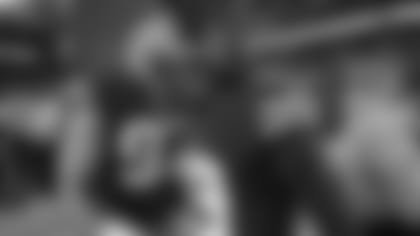 Former NFL player and pro scout Bucky Brooks ranked his top 15 players selected in the 2019 NFL Draft ahead of the start of the 2022-2023 season.

Catch up on the latest San Francisco 49ers headlines, powered by Cisco.

49ers linebacker Fred Warner served as the honorary pace car driver ahead of the 40-car NASCAR race at Sonoma Raceway.

Meet the Rookies 2022: Best Pump Up Music for Gameday

49ers Linebackers Take in a Giants Ballgame at Oracle Park

49ers 2022 State of the Franchise: Brandon Aiyuk and Jauan Jennings

49ers 2022 State of the Franchise: John Lynch and Kyle Shanahan

Mic'd Up: Aiyuk, Hankerson Coach Up the Wide Receivers

Meet the Rookies 2022: What Rookies Look to Experience in The Bay

Welcome to the 49ers Hall of Fame Frank Gore

Mic'd Up: Ward, Bullocks Celebrate the Return of Football at OTAs

Peter Schrager: 'Roger Craig Should be in the Hall of Fame'

Kyle Shanahan Reviews the Start of the 49ers Offseason Program